SpaceX's Crew-1 mission to launch four astronauts to the ISS on Monday, 5.57 am IST: How to watch it live

SpaceX's Crew-1 mission to launch four astronauts to the ISS on Monday, 5.57 am IST: How to watch it live

SpaceX's first crew rotation flight, that was scheduled for Saturday, 14 November, has been postponed by a day due to bad weather.

The launch is now supposed to take place on Sunday. Four astronauts — three Americans and one Japanese — are going to be launched to the International Space Station. This launch comes just six months since Demo-2 - Crew Dragon's first human test flight - was successfully launched on 31 May with two astronauts Doug Hurley and Bob Behnken.

This will be the first crew rotation flight of the SpaceX Crew Dragon spacecraft after NASA certified it for regular flights to the ISS as part of its Commercial Crew Program. 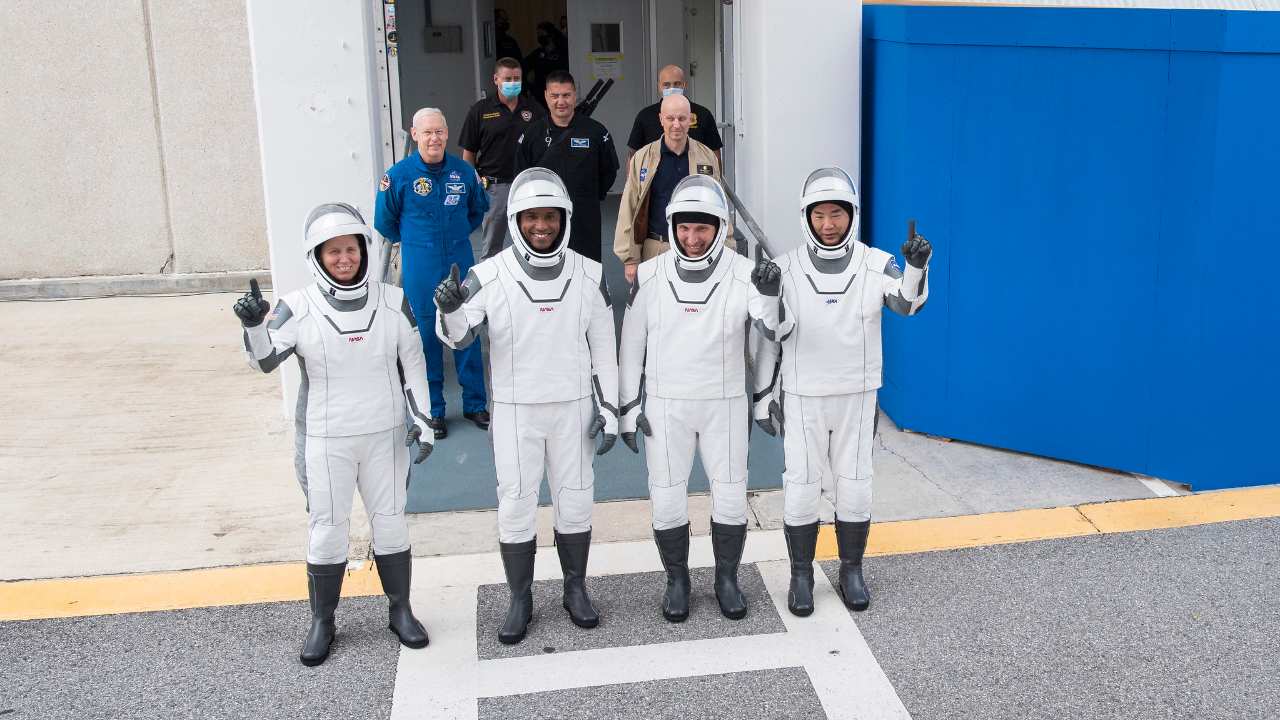 SpaceX's Crew-1 will carry astronauts Michael Hopkins, Victor Glover and Shannon Walker of the American space agency and Soichi Noguchi of the Japanese space agency - JAXA. The crew named the spacecraft 'Resilience.' Hopkins will be the Crew Dragon Commander while Glover is the pilot. Both Walker and Noguchi are mission specialists.

The astronauts are going to stay at the ISS for a much longer duration of six months as compared to their earlier teammates. The four will be replaced in the spring by yet another crew launched by SpaceX.

The Falcon 9 rocket will be used on the launch and it will take place from the Launch Complex 39A at NASA’s Kennedy Space Center in Florida.

According to a report by the Associated Press, due to Tropical Storm Eta, the launch had to be pushed ahead by a day in order to give SpaceX’s booster-landing platform ship enough time to get into position in the Atlantic Ocean. The boosters will be retrieved and used again for the launch of the Crew-2 mission next year.

Where can you watch it live?

NASA will Livestream the entire mission including docking, the hatch opening and the welcome ceremony.

World Diabetes day: Everything that you need to know about gestational diabetes...

The future of PCs is in Apple’s ARMs: Breaking down the Apple-Intel breakup

Apple AirPods 3, Mini-LED iPad will launch in first half...